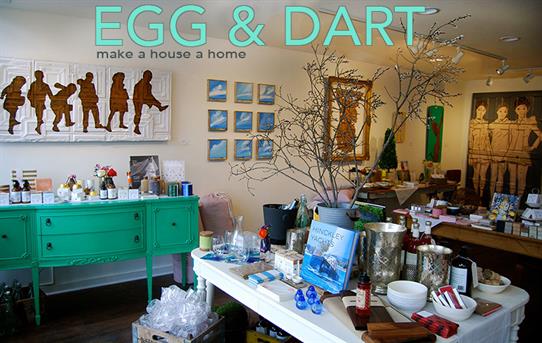 Egg & Dart, home to original paintings by Chris Wyllie and curated home décor, is the beautiful brainchild of Chris Wyllie and Kristen Coates. Both are Rhode Isl and natives (Chris raised in Pawtucket, Kristen from Newport) but their list of destinations, endeavors, and accomplishments is quite lengthy and very impressive.

Chris Wyllie got his start as a decorative painter, but in 1996 decided that he would prefer a career in the fine arts. Knowing that the only way to make it was to commit fully to his craft, he got himself a studio and began painting 9am-5pm every day to produce work. Almost right away he began painting on found objects. His work primarily comments on the period 1948 – 1968, a time depicting the height of American culture and the pursuit of happiness. He describes the years following as “just past happy”, with his paintings of beauty set on aging found objects. His original piece is a painting on a refrigerator door, which still hangs in Chris and Kristen’s kitchen. By 2009 Chris had a piece of his added to the Whitney Museum of American Art permanent collection.

Kristen Coates grew up in Newport and moved to LA when she was 21 to start a clothing line under her own name. She eventually also found herself as the br and manager for several other small fashion lines. She moved to NYC in 2008 and would then meet Chris Wyllie in Newport in 2011. They were both living between Newport and New York City at the time and found they shared similar goals and artistic dreams. Chris already had a few galleries in Newport (Art and Happiness on Bellevue, Found and Where The Laundry Mat Was on Lower Thames). And so the rest is history!

Newport’s Egg & Dart opened its doors on Bowen’s Wharf in March 2014. Egg & Dart began primarily as a gallery space for Chris’ large scale paintings. Slowly over time Kristen started to add other elements like home decor, linens and apothecary, stationery and combination of gifts and art for the home. She realized once they began adding these other elements, shoppers began to have a clearer vision of how Chris’ work could fit into their home. Kristen selects lines to carry at the shop based on her own aesthetic as well as always trying not to carry any lines other shops in Rhode Isl and offer. Egg & Dart has always found it very important to offer their customers that unique and curated shopping experience.

There still seems to be a lot in store for Kristen Coates and Chris Wyllie of Egg & Dart. They will continue to focus (especially in summer months) on their store here on Bowen’s Wharf. They also have also independently designed a house boat (The Belefonte) that offers both a creative outlet, a place for entertaining summer guests, and is available to rent to the public! Chris and Kristen also plan to use upcoming winter seasons to focus on their home design store, Beautiful Wife, located in Los Angeles. Whatever might be in store for them, it is sure to be as much a success as they have had here with Egg & Dart. Always traveling with inspiration, fresh ideas, and their Cavalier King Charles Spaniel, Sofia, it seems things are constantly evolving for these two creative individuals. We can’t wait to see what they have in store! 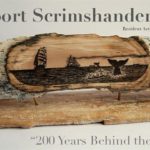 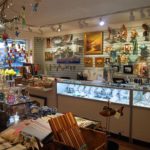 Art in April: Isherwood & Company Next 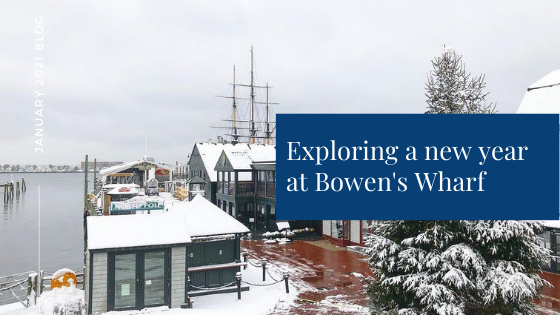 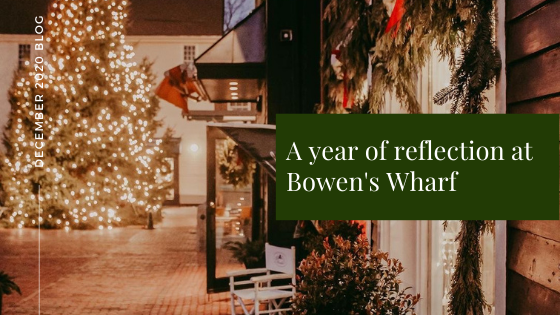 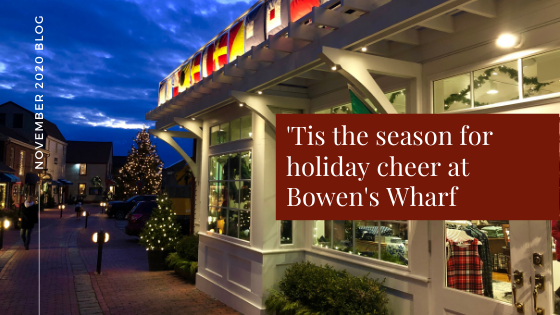